National Farm Machinery Show 2022: what, when and where

The exhibition of agricultural machinery and equipment will be held in Louisville, USA, at the Kentucky Exposition Center (KEC). The target audience of the exhibition is farmers, gardeners, winemakers, fishermen, livestock breeders and specialists in other areas of agriculture.

It is the most anticipated agricultural exposition in Kentucky, which annually brings together all the latest achievements in the field of agricultural machinery and equipment. The popularity of the show is growing in the state: next year, as said by the organizers of the event, many exhibitors and visitors from all over the state are expected to attend. 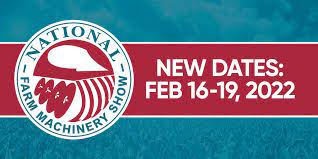 At the moment, this is already the 56th exhibition of agricultural and farm machinery in Kentucky. Due to the current situation with the coronavirus pandemic, the exhibition had to be postponed. The planned date of the event is from 16 to 19 February 2022. The entrance to the exhibition requires advance registration.

The famous exhibition center plans to house 890 exhibitors, making it one of the largest indoor exhibitions in the country. Almost all major lines of agricultural equipment will be on display, allowing participants to compare equipment with each other. For agribusiness professionals, the most innovative technologies and new product advertisements will also be presented. In addition, everyone will be able to receive information about alternative energy sources and solutions to the problems that agribusiness faces today.

The aim and the theme of the exhibition

In addition to presenting promotional materials and holding seminars, the emphasis remains on something else — on developments and technologies. Here you will be able to talk to direct developers and manufacturers, learn about new products, which is called first-hand. The consumer can convey to the manufacturers their problems and tasks, which, possibly, will be considered in future developments. Get feedback, so to speak. 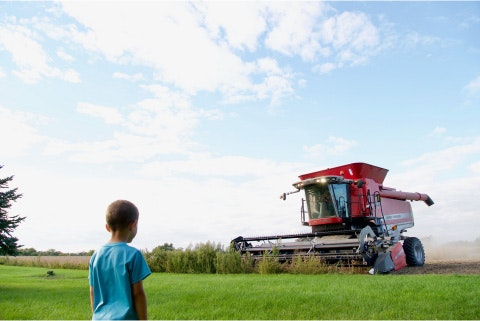 Many companies annually take part in the largest thematic international exhibitions. The importance of participating in such events cannot be overstated. Today, technologies change in the blink of an eye, and, in fact, the only place where you can see what this world lives on is such exhibitions. Suffice it to say that several years ago, the farmers doubted whether they needed GPS control systems at all. Today, routine monitoring of the location of machinery is not enough — farmers are demanding more and more technical solutions to control all stages of agricultural production.

Within the framework of the show, daily seminars are held on various agricultural topics. The arch themes of the workshops wil be unmanned aerial vehicles, cloud computing and weather trends.

Considering the fact that the event is held before the start of the agricultural season, it is safe to say that technological innovations are designed to predict the upcoming season for farmers.

Five competitions are expected for fans next year. Tractor Pull is one of the most popular and expensive competitions on tractors. Initially, such competitions became widespread in the United States. In order to achieve victory, the tractors involved in pulling the load began to be technically re-equipped with more powerful transmissions, forced engines and turbocharging. From a technical point of view, the most interesting direction implemented on the equipment for tractor pulling is the installation of several engines and an original gearbox for competitions on multi-engine tractors.

Tug of goods competitions are held among several groups of tractors. Their content may vary depending on the respective association. A group of commercially produced tractors can be distinguished, in which technical improvements are not allowed, except for those aimed at ensuring the safety of the pilot. Next is the group of sports tractors. Their refinement can be based on strengthening the existing transmissions and boosting the base engines, provided that the crankshaft speed is limited and the power does not exceed the values ​​set by the association. This category can also include the Super stock group, which is represented by the basic models of tractors, the modification of units and components of which has no restrictions. 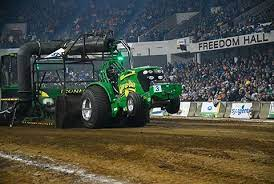 The most famous brands involved in the offering tractors participate in the competition. However, very few elements remain from the production models. Almost all units and parts undergo additional technical improvement. In 2022 the Syngenta company will sponsor the event. Top drivers are interested to compete for the title of grand champion. The prize pool is over $200,000. Minnesota Farmfest 2022: the greatest fair ever Add comments can only authorized users!

Minnesota Farmfest 2022: the greatest fair ever